Amplex Antiperspirant Roll-on Deodorant was voted best deodorant on a budget by The Sun newspaper* and has a history reaching back to the eighties when it was promoted and endorsed by ex-Best Dressed Man in the World, Patrick Macnee (John Steed, The Avengers), who summed up Amplex with the strapline. ;Don’t get a complex –  get Amplex!’

Amplex Roll On Active will leave you fresh all day, the deodrant soothes not stings when in contact with your skin. It will not leave white marks on your clothes.

Tip bottle once before use then roll on underarm. Replace cap tightly after use. Allow to dry before dressing. 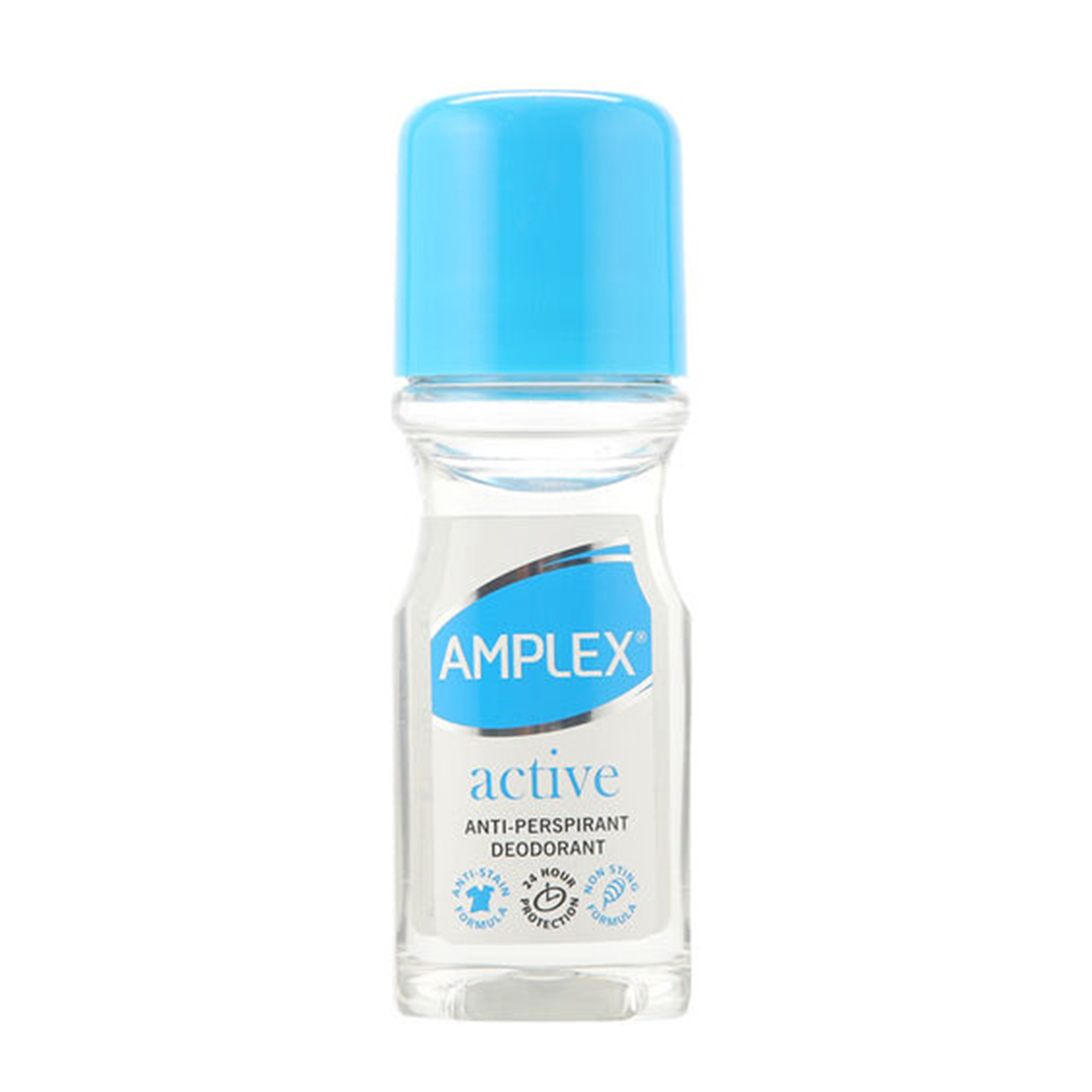